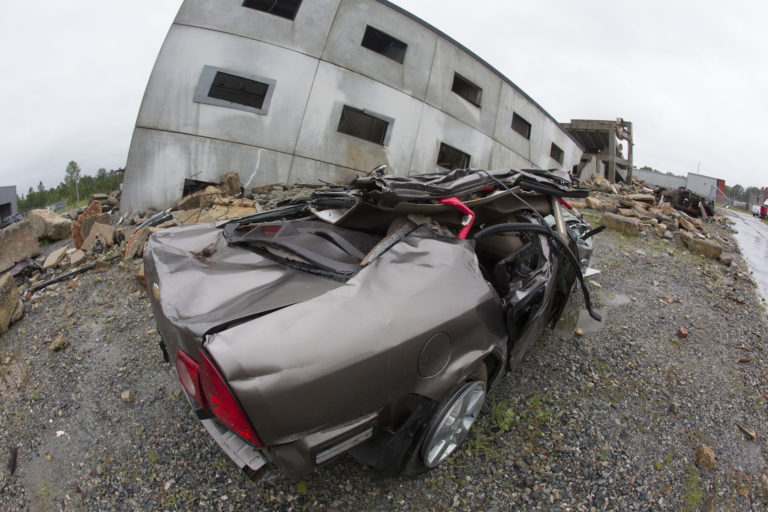 When communities are faced with natural disasters, it usually isn’t anything they see coming. Fires, flooding, severe weather, earthquakes or active shooter situations can all be devastating and leave little time to prepare a response. Many of us remember 2011 when an EF5 tornado swept through Joplin, Missouri, leaving devastation in its wake. Or this year, flooding in many parts of the country, including California, Michigan, Texas and Louisiana, has left people displaced and emergency crews trying to find ways to help everyone affected. For first responders, extensive training can help prepare appropriate response to these kinds of disasters and a wealth of others; and for many of them, technology is beginning to offer more insight into a situation, often resulting in more lives saved.

“When a disaster strikes and leaves many without an idea on where to turn, there are a number of people who come together to take the next steps to save lives and create stability from chaos,” said Jeff Schweitzer, Chief Innovation Officer, Verizon. “For many of those people, technology plays an integral role; and that’s what the Verizon OCR event is all about – bringing together technology partners to showcase the capabilities we have to augment the abilities of first responders.”

RAD brought along two of its S5 robots along to demonstrate secure communications for law enforcement use, human detection capabilities and custom audio applications – all of which can become a crucial part of any security plan following an incident.

As part of the multi-car pile up demonstration the S5 robot was able to use its all-terrain patrolling and panoramic view camera to assess the damage, and allow perspective into the crash site to track injured passengers. The robot was able to report back to first responders on the scene who, because of the robot’s report, were better prepared and more efficient in their response.

“Seeing RAD’s security robots help first responders assess critical situations and demonstrate new capabilities for expanding situational awareness opened our eyes to the possibilities out there in the event of an emergency. We’re excited to see where the technology goes from here,” said Schweitzer.

As emergency agencies continue to refine their response procedures, RAD looks forward to being a part of the collaboration to ensure the safety of communities from natural disasters of all kinds.

“RAD was honored to be included by Verizon in such an important event to showcase the S5 security guard robot and its abilities and features,” said Steve Reinharz, President, Robotic Assistance Devices. “It was really something to work alongside many other tech partners as we came up with efficient and safe responses to natural disasters and discuss the importance of using robotic security guards to deploy to critical zones when needed.”