RAD Board of Advisors Member

Yves Duguay is the CEO and founder of HCiWorld. His company assists and guides its clients in making informed decisions and implementing effective and efficient security solutions, in alignment with their risk profile and operational objectives. As an executive, Yves Duguay has integrated, promoted and implemented the concepts of collaboration and value creation, as core elements of his leadership approach with the Royal Canadian Mounted Police (RCMP), Air Canada and the Canadian Air Transport Security Authority (CATSA).

Throughout his career, he has developed and empowered strong teams, by setting a tone based on respect, integrity, accountability and excellence. He is an experienced communicator who has promoted his opinion and some of his research in various publications and at a number of international conferences.

While at the Royal Canadian Mounted Police, Mr. Duguay directed the National Program to combat Money Laundering. He worked in co-operation with a number of countries to coordinate international enforcement actions, targeting organized crime. In 1998 he organized the first international money laundering conference held in Montreal and was successful in convincing the Bank of Canada to stop printing the one-thousand-dollar (1000) bill.

Under his leadership, Air Canada developed and implemented the first IOSA certified Security Management System (SeMS) in Canada. During that time, he also presided over the IATA Security Committee, working in collaboration with international airlines to manage the numerous crises that affected Air Canada and the industry during and after 9/11.

As the Senior Vice-president of Operations and Customer Experience for the Canadian Air Transport Security Authority (CATSA), Mr. Duguay was responsible for the screening of passengers and baggage in 89 Canadian airports and the management of screening contracts with private security firms, in a private and public partnership (PPP).

He led CATSA’s response to the December 2009 terrorist attack (the “underwear bomber”). In 2011, he launched an innovative procurement initiative for CATSA’s new airport security screening service agreement, valued at over 500 million dollars annually. This led to new robust contracts with a greater emphasis on effectiveness, efficiency and customer service, measured and controlled through performance indicators.

Mr. Duguay holds an MBA degree from McGill university and the HEC in Montreal. He also obtained the ICD (Institute of Corporate Directors) certification and designation. Mr. Duguay is a member of the Canadian Association of Chiefs of Police (CACP) and Transparency International. He was named in 2018 to the Transportation Appeal Tribunal of Canada. Mr. Duguay recently enrolled in the University of Sherbrooke’s Master program in Governance, Audit and Security of IT. In July 2020 he joined the NATO CEP group of civil experts, as the Canadian representative. He is fully bilingual (English and French) and has some basic knowledge of Spanish. 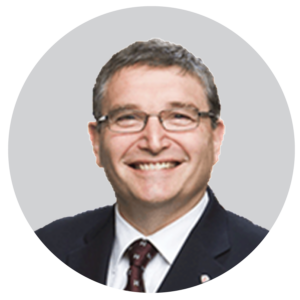 Robotic Assistance Devices (RAD) is an innovator of artificial intelligence and robotic solutions for operational, security and monitoring needs.